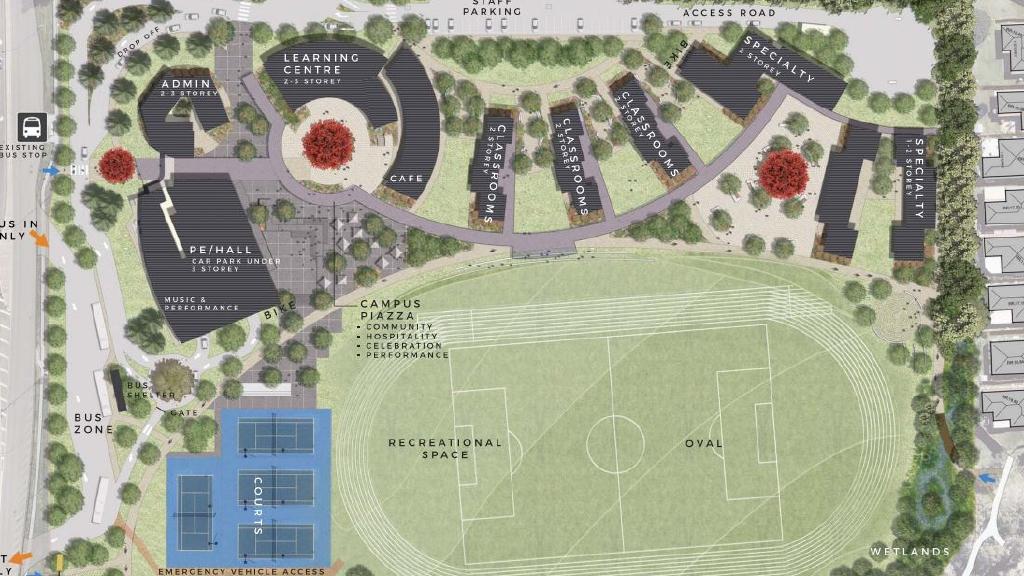 Approval has been granted for Brisbane Catholic Education (BCE) to put up Fitzgibbon Private Secondary School (FPSS), the first Catholic secondary coeducational school in the area.

The 5.76-hectare land was the former site of the Big Easy Golf and Leisure Centre, with low-medium density residential zoning. Situated on the corner of 441 Beams Road and Carselgrove Avenue, the school’s primary access point will be along Carselgrove Avenue.

MID (Instead of Council) Planning Approval

In submitting their proposal for the school, rather than lodging a development application through Council, BCE applied for a Ministerial Infrastructure Designation (MID). This goes directly to the Planning Minister.

John Phelan, BCE communications manager, clarified that a Ministerial Designation is sought, as is the case with FPSS, whenever they are deemed possible and the most efficient way to proceed.

BCE is a community of parish and diocesan Catholic schools operating 141 schools across the Archdiocese.

In an earlier statement, Brisbane City Planning Chair Matthew Bourke said that developments such as these should be assessed through the Council, where proposals are considered against their existing planning scheme and to ensure that proper consultation and engagement with the local community are undertaken.

Both BCE and the Department of State Development, Manufacturing, Infrastructure and Planning (SDMIP) clarified, however, that BCE has not been remiss in such consultations.

A public consultation held in October and November 2019 resulted in 92 submissions. “As required, Brisbane Catholic Education undertook engagement with the Council and (the) local community before submitting a designation request for the Fitzgibbon Private Secondary College,” a spokesman for the SDMIP clarified.

A spokesman for the BCE also emphasised that existing issues raised by residents about the open level-crossing on Beams Rd and the lack of commuter parking at the Carseldine Train station, have been considered and ought to be adequately addressed as well.

The overall proposal for the school includes buildings ranging from one to three storeys. Buildings closer to the north end where homes are situated will have a reduced height, whilst the taller buildings will be orientated towards the south end of the grounds.

The FPSS campus will include:

■ Two one to two-storey speciality buildings;

■ A large oval and tennis courts;

■ A three-storey physical education hall and music and performance centre;

■ A two to three-storey learning centre and cafe;

Stage One, to be completed prior to school opening, will include the classrooms, specialist rooms, administration spaces, a covered area for PE, and the school oval.

There will be multiple connection points to the existing Cabbage Tree Creek bikeway for access, along with connections to ingress/egress points for pedestrians, for better access to Carseldine train station and existing external bus stops.

Read: Aspley State Schools to Get Cooler and Greener

Plans also include the retention of rehabilitated wetlands located northeast of the site, and vegetated buffers to the north and the northwest corner adjoining houses.

Funding is entering the final stages of approval and construction is slated for early 2021. Construction will be in stages, towards a projected Term 1 opening for 2022.

Over 800 families have already expressed their interest in sending their children to the new secondary school. The school has a planned enrolment of about 900 students.