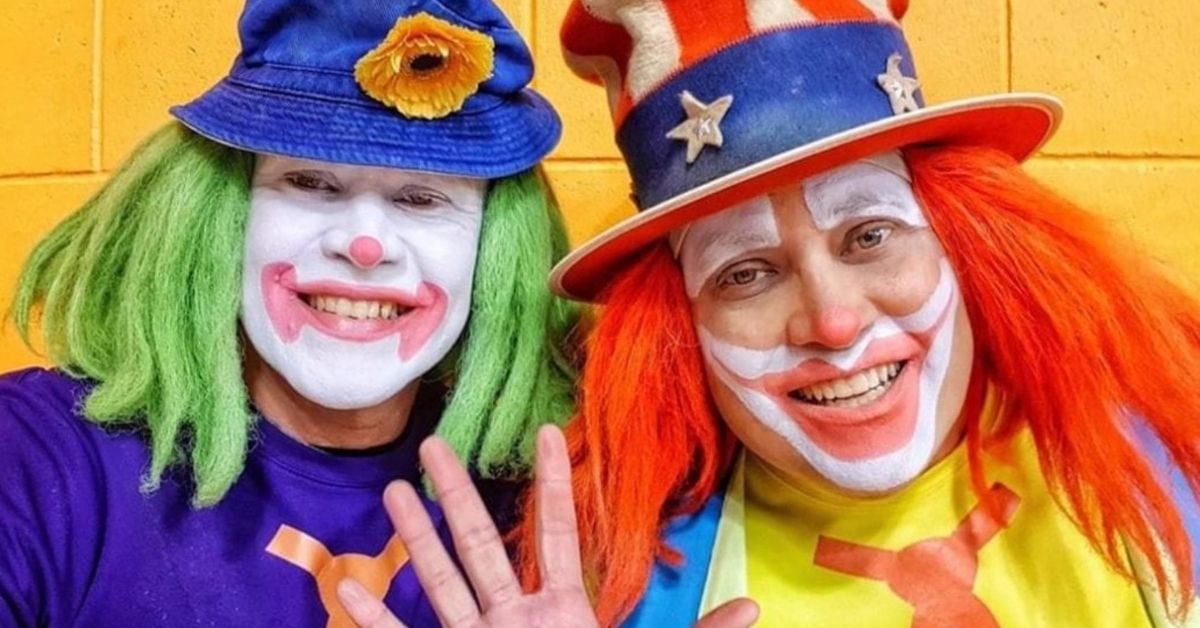 A petition to name a new playground after beloved Brisbane clowns, Peebo and Dagwood, has raked in over 2,000 signatures. The site is at the end of Fifth Avenue on the Sandgate Foreshore.

Initiated by Councillor Jared Cassidy, the petition explained why the brothers deserved to have their name on the Sandgate playground as they “spent 20 years bringing joy to the lives of countless Brisbane residents,” even as they struggled with their own health issues.

The petition closed just days after the first year anniversary of Peebo’s passing.

Peebo, whose real name was Peter Bissel, passed away on 4 March 2020 at the age of 46 after battling cystic fibrosis since birth. His twin brother David (Dagwood) announced the sad news on Facebook.

David is also battling this debilitating illness, which is a common but life-threatening disease and has no cure. After his twin’s death, David set up a GoFundMe page for his memorial. He also shared Peter’s dying wish.

“One of Peebo’s last wishes before he passed away, was for a Peebo & Dagwood bronze statue to be erected down at the foreshore at Sandgate so that people of all ages can come and visit and be inspired to Live Life, Love Life & Laugh – a lasting legacy for everyone.”

Meanwhile, Mr Cassidy said that his petition received “a huge show of support” from the community.  “[This] only reflects the giant impact these two have had.”

Sign-up for the petition was closed on 11 March 2021 and is now awaiting Council’s response.