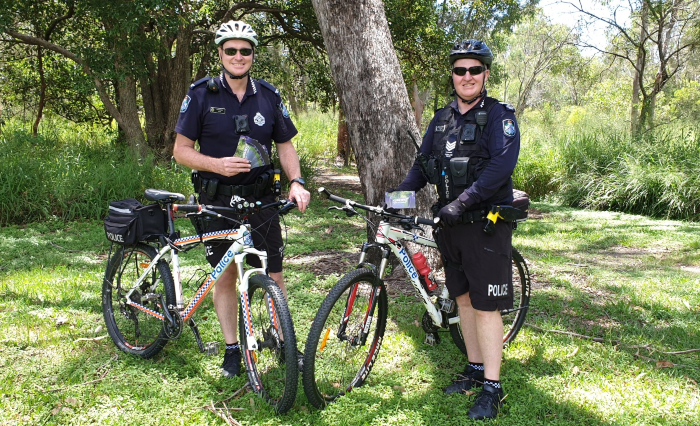 As part of a newly-launched crime prevention campaign called “Tune Into Your Surroundings,” the Queensland Police Service has stationed police personnel in bikeways in Geebung, Chermside, and Boondall to interact with the community and teach them how to stay safe in public spaces.

‘Tune Into Your Surroundings’ aims to help reduce robberies and assault offenses against people who go outside to exercise, or those who walk to and from school or work.

The campaign is primarily informative, warning people to put their phones down when they walk and take in their surroundings. Removing headphones is also highly recommended as loud music can prevent people from realising that danger is approaching.

Police officers in North Brisbane will be stationed in Geebung, Chermside, and Boondall to inform passersby of the initiative, as well as do their part to keep the community safe from criminals.

All in all, Tune Into Your Surroundings states that there are three primary things people who are out and about must watch out for in order to stay safe as crime rates increase: their surroundings, their valuables, and their phone.