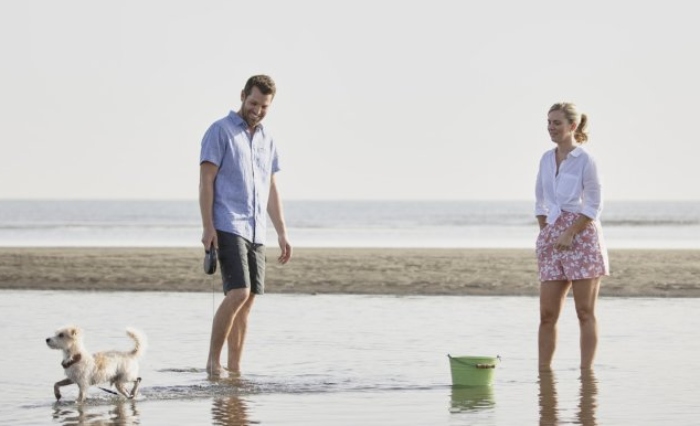 Did you know that “Hearts Down Under”, one of the latest movies by The Hallmark Channel, was filmed in Shorncliffe and Sandgate?

Originally scheduled for a May release, “Hearts Down Under”, also known as “Romance on the Menu”, served as the debut film of Australian director Rosie Lourde.

The film stars Canadian actress Cindy Busby and Australian actor Tim Ross, who play the characters Caroline and Simon respectively, with the backdrops of Brisbane coastal suburbs Shorncliffe and Sandgate serving as the setting for the film.

The plot of the film kicks off after Caroline, a restauranteur from New York City, moves “down under” to the fictional town of Lemon Myrtle Cove, Australia after discovering she had inherited the quaint and beloved Seagull Cafe from her aunt. She was faced with the choice of selling the cafe or to keep it running, seeing as it was well-loved by the local community.

In time, Caroline finds herself cosying into the idea of settling in town after falling in love with the cafe, the town, and its inhabitants — especially its chef, Simon. Director Rosie Lourde took full advantage of some of the gorgeous backdrops offered by Shorncliffe.

In fact, Lourde had even remarked that seeing photographs of Shorncliffe’s piers was what motivated her to have the film take place in Australia instead. Initial plans were to have filming in America, however after a quick trip to the coastal suburb, she was convinced that Australia was the perfect setting.

Other noteworthy backdrops include The Hamptons in Hendra, which served as the filming location for the fictional Seagull Cafe. Village scenes, on the other hand, were filmed in various sites all throughout Shorncliffe and Sandgate.