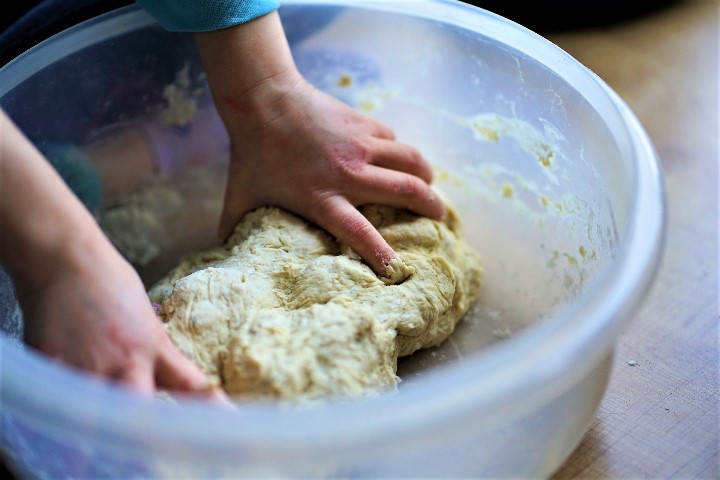 Children at a childcare and education centre in Aspley raised funds from their baked goodies for the firefighters and families affected by the devastating bushfires.

Children and educators at Guardian Early Learning Group’s learning centres across Australia have launched various efforts to show support to the firefighters, as well as  help those who have been affected by the recent fires in NSW and Queensland.

The children at Guardian Childcare & Education Aspley baked cupcakes and other goodies and delivered them to the foyer every afternoon for families to buy as after school snacks. These yummy treats helped the centre raise $170 which will then be donated to the Queensland Rural Fire Service. The centre is also collecting donations for the families affected by the bushfires.

Children at Guardian Childcare & Education Coorparoo have likewise decided to show their appreciation to the heroic efforts of local firefighters, this time through letters.

“Staying indoors led to a conversation about how bad the fires were and what this meant for the community. The children were concerned for the firefighters and wanted to thank them for keeping us safe,” said Early Childhood Teacher, Lucy.

“After considering everyone’s suggestions, and weighing up the benefits and potential complications associated with each one, we decided that the firefighters would appreciate letters and pictures instead.”

The children dressed up as their favourite heroes, and many of the children and educators came as doctors, police officers, builders, and nurses. The centre also raised over $100 through the sale of homemade goodies.

The Kinder One children from Guardian Pascoe Vale Early Learning Centre & Kindergarten likewise put together a bake sale and an appeal to raise funds to help those affected by the bushfires.

“We had wonderful feedback from families and Educators excited to support the cause,” Assistant Manager, Jess said.

“They contributed their thoughts and ideas for the appeal, eagerly purchased cupcakes from the bake sale, and discussed with the children what they were raising money for.”