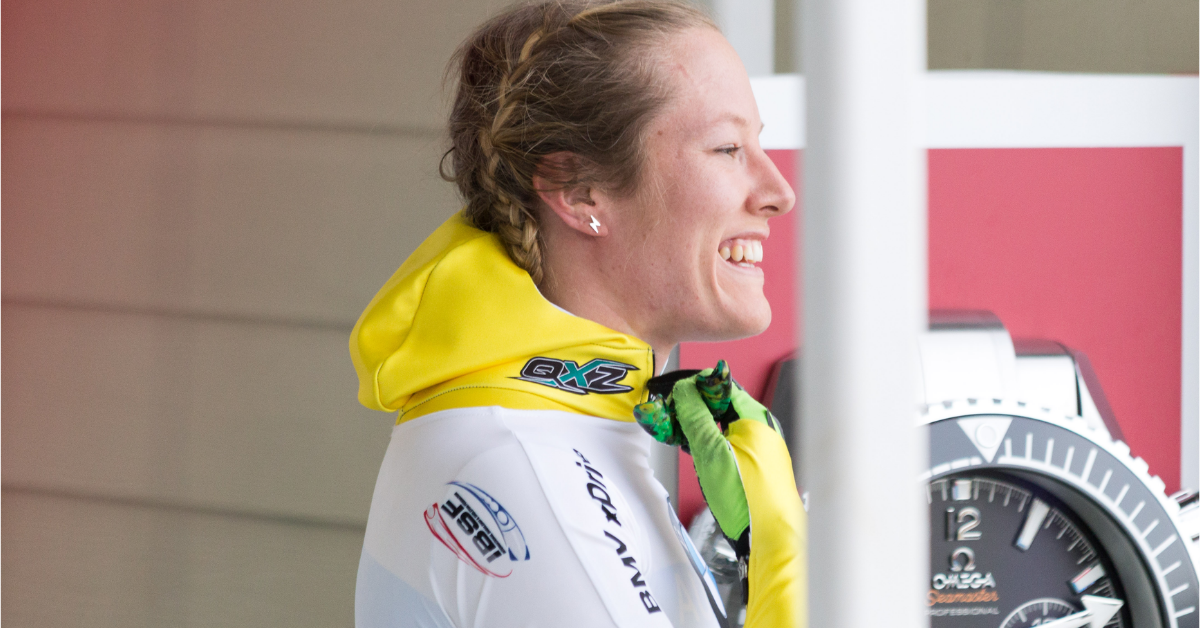 2022 is certainly a banner year for Jaclyn “Jackie” Narracott, the pride of Bracken Ridge, who has won Australia’s first-ever Olympic medal in a sliding event at the Beijing Winter Olympics, fresh from winning Australia’s first World Cup gold earlier this year.

Here are five things you may not know about Jackie Narracott:

She comes from a family of sports lovers.

Jaclyn Narracott was born on 5 November 1990. Coming from a family who is passionate about sports, her childhood is filled with memories of watching her father, Roger, play cricket and listening to stories about the achievements from both sides of the family.

But that didn’t mean that she wasn’t into girly stuff as well. She, in fact, had eight years of experience in dancing but, for her, sports would always win her heart.

She is the niece of Paul Narracott who was a bobsledder and sprinter. Paul Narracott competed at both the Summer and Winter Games; the first Australian Olympian to do so.

He ran in the men’s 100m and 200m at the 1984 Los Angeles Olympics and participated in the two-man bobsleigh alongside Glen Turner in Albertville, France in 1992.

Needless to say, Paul was among Jackie’s biggest inspirations and watching the 2000 Olympics when she was just nine further cemented that desire for Olympic glory.

She started as a Track & Field Athlete.

She also started out as a track and field athlete and was eyeing the Summer Games but she eventually joined the Australian bobsleigh squad in Europe in 2011.

Thirty-four years after her uncle made his Olympic debut, Jackie made her first Olympic participation in 2018 representing Australia in the women’s skeleton; she went on to finish 16th place in which the gold medal was won by Great Britain’s Lizzy Yarnold.

She almost ended her Olympic career in 2018.

Her career almost ended when she was diagnosed with post-concussion syndrome, a year after she competed in the 2018 Winter Olympics and suffered a head injury. PCS is a condition associated with head injury characterised by lingering symptoms months after the initial injury.

It took her several months to recover from her condition, then COVID-19 happened and she had to move to the UK. Since then, she avoided competing in races where the track was too bumpy.

“I’ve never pulled out of a race,” she said, “and that was by far the hardest thing I’ve ever had to do because I’m such a competitor and I hate having to pull out of something.”

She aspired to get into Sports Science

Had she not gone into skeleton sliding, she said would probably be involved in sports science. She finished Bachelor of Exercise and Sport Science at the University of Queensland.

Apart from St. Moritz, her favourite tracks are Königssee and Lake Placid. However, she considers the S curves part of the Königssee track as the most fun.

She is married and loves Italian food.

She is married to Dom Parsons who is a former skeleton athlete. Parsons completed his PhD in Mechanical Engineering at the University of Bath after winning an Olympic bronze medal at the 2018 Winter Olympics.

He became the first British medalist at the games and the first male skeleton slider to win a medal since John Crammond did it at the 1948 Winter Olympics.

He announced his retirement in late 2019 and devoted his time coaching Jackie. Whilst waiting to have a baby of their own, the couple are proud fur parents to a German shorthaired pointer.

Jackie loves Italian food but when she is in training, her breakfast routine would usually include protein-rich food and fruits and stays away from food that is high in sugar.

Jackie was leading at the halfway stage of the competition with two German sliders – Hanna Neise and world champion Tina Hermann – behind her. She had a combined two-run time of 2 minutes and 04.34 seconds or a 0.21-second advantage over Neise.

After her fourth and final run, Jackie clocked one minute and 2.11 seconds but Neise bested her time with 1:01.63 to win the gold at Yanqing National Sliding Centre by only 0.62 seconds.

“I can’t believe it actually happened,” Jackie said after winning the silver medal.

“I’d like it not to end with me. I would desperately love some more girls to come into it. Our field is ridiculously tight but to medal in that field is unbelievable.

“There is no reason why we can’t be competitive on the world stage,” she said.

“A silver medal for Queensland at the 2022 Winter Olympics is a great reminder if you’ve got talent, determination and willpower, you never know what you might achieve,” Sports Minister and Member for Sandgate Stirling Hinchliffe said.

“I hope Jackie’s silver will inspire more talented young athletes to take up a sport they otherwise may have never considered.”

Skeleton used to be a “no women” zone

Apart from Jackie’s own Olympic achievement, the Women’s Skeleton event at the Beijing Olympic saw several historic firsts that day including Germany’s youngest woman to win the Olympic gold in the sport and their first gold in the event, and Kelly Curtis’ becoming the first Black American to represent Team USA in the event.

But did you know that for almost 100 years, the Skeleton was open to men only? Skeleton’s history dates back to the 19th century when the first track was built in 1884 in St. Moritz, Switzerland; the race was called the “Cresta Run”.

Beginning in 1920, however, women were banned from participating in skeleton races when the lords of St Moritz deemed that the sport would endanger the health of women athletes.

Skeleton’s first Olympic appearance was in 1928 in St Moritz, where the sport originated. Ninety-eight years later, the ban was lifted and women were allowed again to join in the Cresta Run in 2018. And beginning in 2002, Skeleton was permanently added to the Olympic program with the women’s event also becoming a part of it.